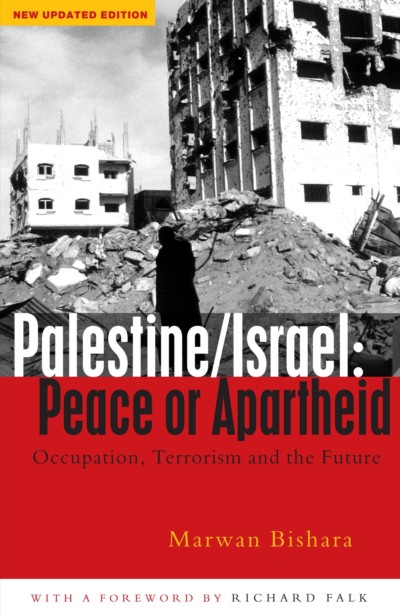 This incisive analysis of the Israeli-Palestinian conflict and the possible avenues to a just and durable peace has been fully updated in the aftermath of September 11 and the Israeli Defence Force’s campaign against the West Bank and Gaza. It lays out the causes of the Second Intifada and argues that this new rising shows that there can be no peace without justice. Israel may not yet have reached the point where, at the beginning of the 1990s, President de Klerk recognized this fact for South Africa, but the same hard choices must one day be made.

Marwan Bishara shows how the asymmetry of power between Palestinians and Israelis was ignored by patrons of the Oslo ‘peace process’ – notably the United States. The ill-conceived transition process degenerated into the fragmented and dependent apartheid statelet that exists today in the West Bank and Gaza. The Oslo process was in fact doomed from the start. The seven accords that have been signed have produced seven years of prosperity for Israelis, and seven years of collapsing economy and increasingly impossible living conditions for Palestinians.

The book is accessible through the Publisher Zed Books