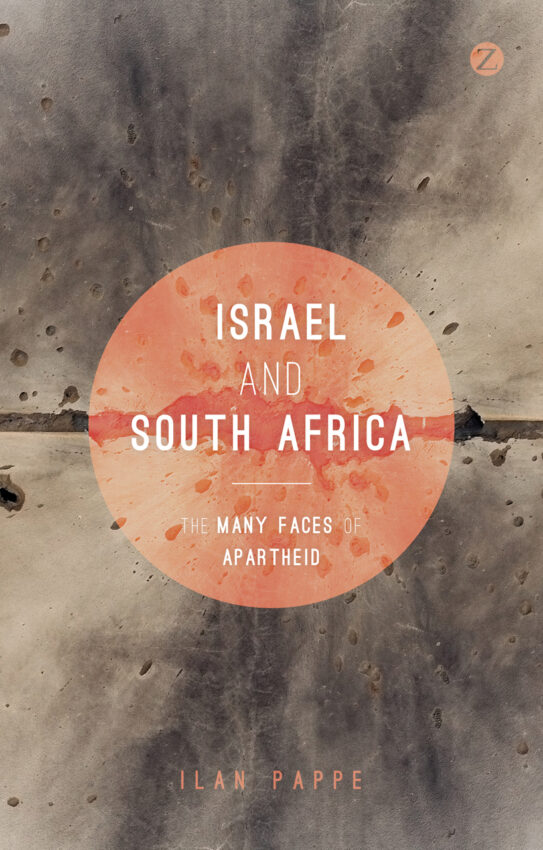 “Nine superbly qualified authors confirm from a variety of perspectives the allegations of apartheid directed at Israel. This book is profoundly convincing, and should put an end to serious debate about whether Israel is guilty of apartheid.” ―Richard Falk, author of Palestine: The Legitimacy of Hope, and the seminal 2017 UN ESCWA report entitled Israeli Practices towards the Palestinian People and the Question of Apartheid.

Up until 2021, any comparison of the Israeli-Palestinian conflict to apartheid South Africa, was usually sharply denounced. This book, which is edited by Ilan Pappé, brings together nine journalists, lawyers, policymakers and historians from both countries, who directly explore and develop this ‘apartheid analogy’ and develop its implications for activism, international law and policymaking. The book has four subsections, specifically ‘Historical Roots’, ‘The Boundaries of Comparison’, ‘Nuanced Comparisons’ and ‘Future Models and Perspectives’.

Steven Friedman, the South African academic, argues that, contrary to common belief, it was inevitable that the creation of a Jewish state in a multi-ethnic environment would result in increased pressure and insecurity. Both Steven Friedman and Virginia Tilley expand this argument to advocate a single-state solution. Virginia Tilley builds on the argument further in her chapter on sovereignty: in insisting on a ‘settler colonial’ analysis, she suggests that a pragmatic acknowledgment of what is happening on the ground would open up discussion and make it possible to find new practical ways to pursue justice through forcing Israel to respect the rights of all in the whole territory and transforming it into a one-state.

The contributors insist on explicitly defining Israel as an apartheid state and, in so doing, demonstrate the extent to which Palestinian opponents of apartheid can learn from the ‘apartheid analogy’. Aside from its many other strengths, this book is the first major academic engagement that triggered debates onthe possibilities of a one-state solution.

The book is accessible through the Publisher Bloomsbury